Through this theme we explore what life was like in Letchworth during World War II and the vital contributions the town made to the war effort.

During WWII Letchworth was bombed from 28 High Explosive Bombs and 376 Incendiary Bombs, while this may sound serious, there were no civilian deaths as a result of bombing. Certainly bombs fell in Wymondley Road and near Letchworth Golf Course and at Norton. In comparison, 420 High Explosives and 4,700 Incendiaries bombed Hitchin Rural District.

Many industries in Letchworth contributed to the war effort, such as Irving Airchutes Ltd whose employees worked around the clock to produce thousands of parachutes which were used throughout the world. People who were saved by baling out of a plane with an Irving parachute became part of the Caterpillar Club, administered by Irving Airchutes Ltd.

The British Tabulating Machine Company Ltd produced Hollerith machines (used for storing and calculating information) which were used on the beaches of Normandy on D-Day. Other ‘Bombes’ produced by Letchworth Garden City were the decoding machines, also produced by the British Tabulating Machine Company. Called Bombes because of the ticking noise made by their electro-mechanics these machines were used to decode the infamous German Enigma machine and were vital in turning the war in the allies favour. The German messages had 150 million million million different combinations! Over 200 Bombes, each one 6ft high and 7ft long, were made in Letchworth factories and many were used at the Government Code and Cipher School at Bletchley Park and other secret locations.

The dedicated staff of the Kryn and Lahy Steel Foundry, most of whom were women, worked a 60 hour, seven day week, producing a whole range of mortar bombs and shells, from three inches in size to 4000lb bombs (the same weight as around 29 people!)

Morse Chain Company and Shelvoke and Drewry produced components for a wide range of military vehicles and weapons. Shelvoke’s other claim to fame was the production of miniature submarines intended for service in the Far East.

Whilst suffering the nationwide hardships of looking after evacuees, blackouts, rationing and long hours, Letchworth Garden City also managed to run a series of savings campaigns raising over £830,000. This was the equivalent of £23,000,000 in 2001! These charitable adventures often provided a welcome relief from everyday hardships as the fundraising included dances, theatre performances, parties etc.

On VE Day and VJ Day Letchworth Garden City celebrated along with the rest of the country with street parties, singing and dancing. Many of those who had come to Letchworth to escape bombing elsewhere and to work in the factories chose to stay. A wonderful compliment for the town. 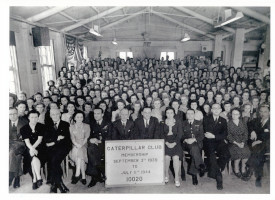 LBM4083.5.29
Group photograph of members of the Caterpillar Club 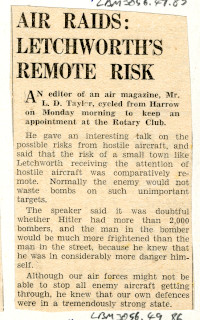 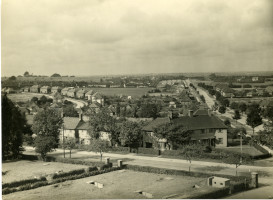 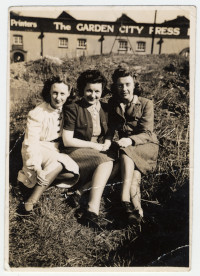 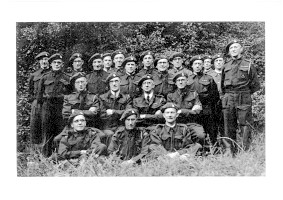 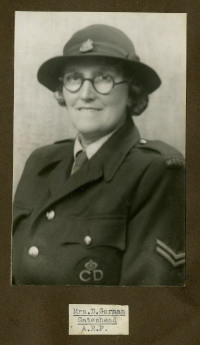 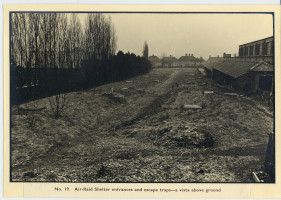 100.183
Photograph of Air-Raid Shelter at Spirella 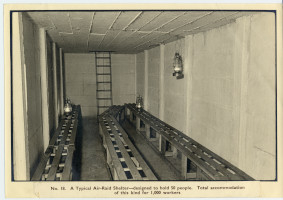 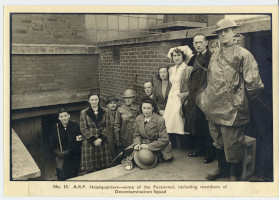 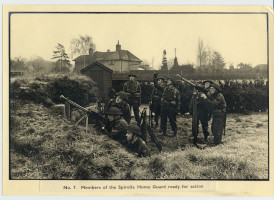 100.171
Photograph of the Spirella Home Guard 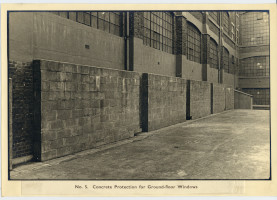 100.169
Photograph of the concrete protection at Spirella 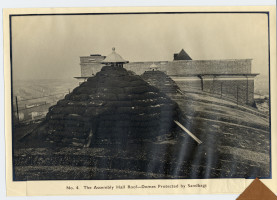 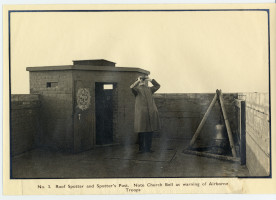 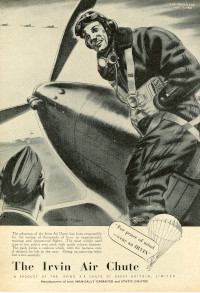 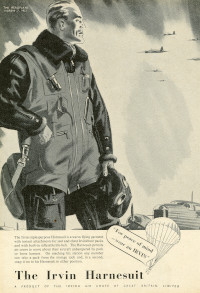 2009.305
Advertisement for the Irvin Harnesuit 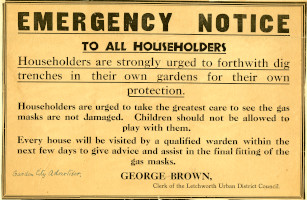 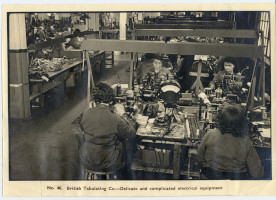 100.203
Photograph of employees of the British Tabulating Company 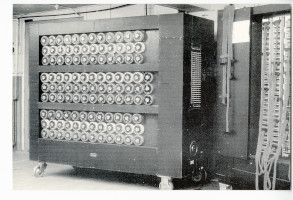 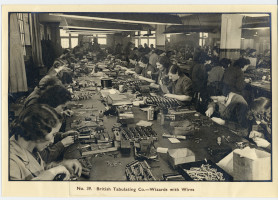 100.202
Photograph of employees of the British Tabulating Company 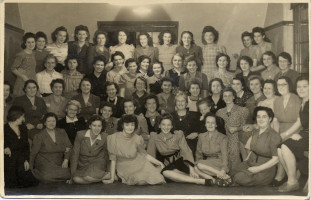 2003.59.16
Photograph of employees of the British Tabulating Machine Company 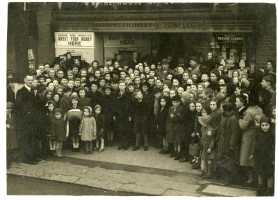 1961.39
Photograph of the Selling Centre at Woolcotts 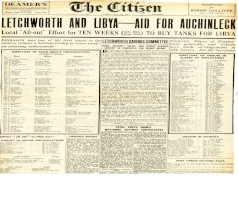 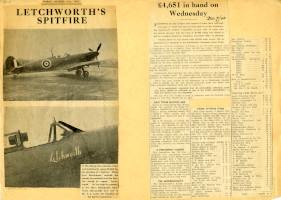 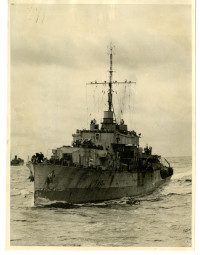 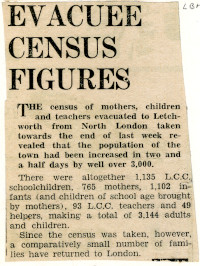 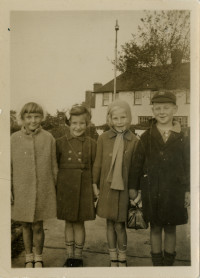 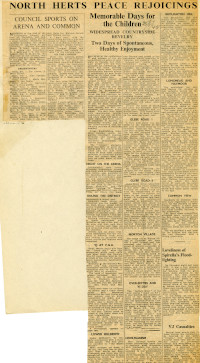