Kate Gaunt came to Letchworth, with her husband William, in 1905. Gaunt was a member of the Letchworth Urban District Council from its formation in 1919, until 1923. She was also a member of the Board of Guardians Committee for 25 years, and was President of the Hitchin Division Constitutional Association (Letchworth Branch). Gaunt was made a Justice of the Peace in 1921, and regularly sat on the Letchworth bench. She also was a founder and active support of the Girls Club. At her passing A W Brunt said “Mrs Gaunt was one in whom was all the virtues of a Good Samaritan" 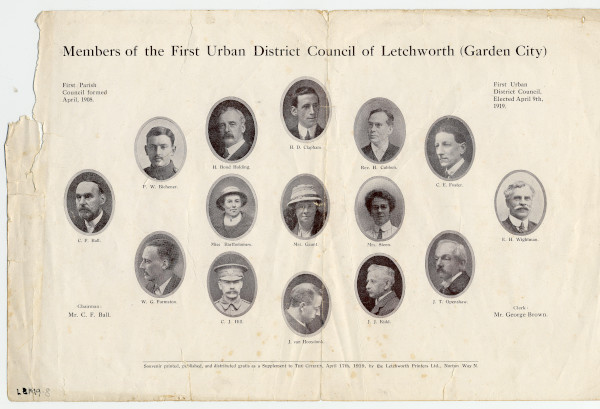