Framed oil painting of Barry Parker by an unknown artist.

Richard Barry Parker was born in Chesterfield in 1867 and developed his skills in art before embarking on a career in Architect and Planning. He worked on many private commission designing homes in the UK, whilst developing a strong interest in Arts and Crafts sensibilities. After beginning work on the model village of New Earswick for Joseph Rowntree with his business partner and cousin Raymond Unwin, they both became Consultant architects to the First Garden City Ltd in 1903. The Master Plan for the layout for the town was approved soon after in 1904. In 1906 Parker married Constance Mabel Burton and they moved to Letchworth Garden City to live at Crabby Corner on Letchworth Lane. They had two sons together, Geoffrey (1909) and Robert (1914).

Alongside his wider spanning architectural and planning work Parker also established an active role in the town. He was a Justice of the Peace from 1909-1943 and sat on the local magistrate’s bench for 15 years. Parker also helped to establish many societies and groups in the town including the Rotary Club (Letchworth branch), the League of Nations Society, and founding the Skittles Inn Temperance Pub in 1907 (later known as The Settlement). He continued to design buildings and plan estates almost up to his passing in February 1947, remaining the sole consulting architect to the First Garden City Ltd. until 1943. His ashes were scattered in the garden at Crabby Corner.

You can find out more details about Barry Parker in our book “Barry parker; Architecture of Harmony, Sunlight and Equality” 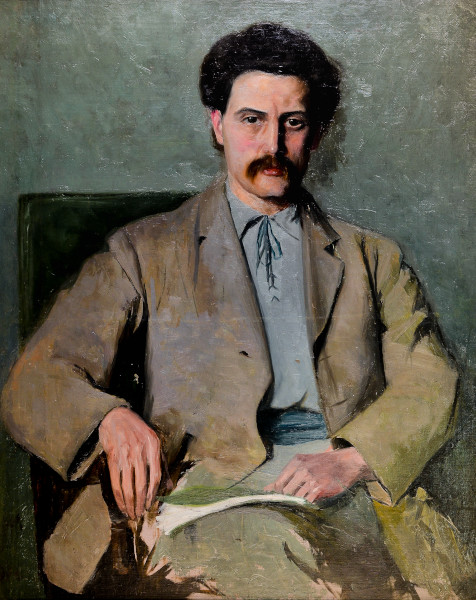