Photograph of Ebenezer Howard, Mrs Gaunt, Miss Bates and an unknown German Lady (identifications made by someone annotating the library card mount). Location identified as Letchworth Garden City due to the houses in the background. Presumably Ebenezer Howard is conducting a tour of the town for a visitor. circa 1910 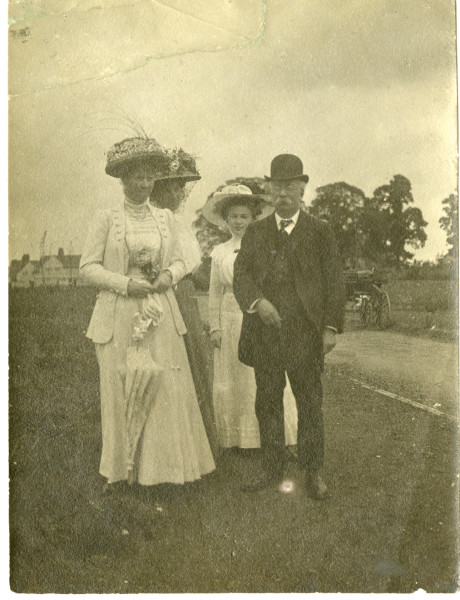