Tenants of Cottages of Eastholm

Photograph from an album of photographs owned by Donald W Brunt (presumably passed from his father A W Brunt) and probably the work of Hitchin photographer, Latchmore. The photograph depicts a group of people outside 8 and 9 Eastholm, possibly the tenants of Eastholm or the Co-partnership Tenant's Housing group also known as the Garden City Tenants Limited. Some are standing and some are seated in front of a model of the Eastholm housing group. Numbers 8 and 9 were entered as entry numbers 67 and 68 in the 1905 Cheap Cottages Exhibition and appear on the 1905 development map. In the original album, beside the photograph is a shorthand note, "tenants". 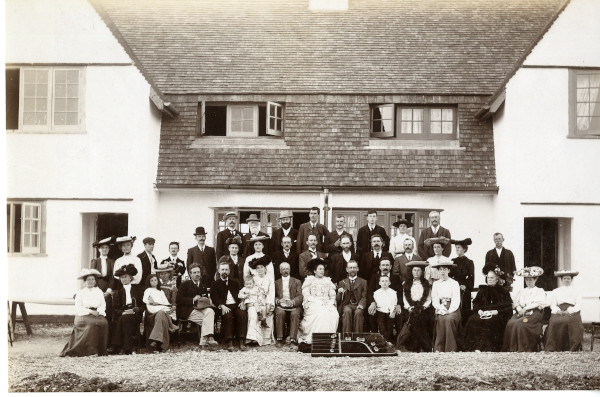