Photograph, black and white, of a woman in an apron passing a cup to Queen Elizabeth, the Queen Mother. A caption on the album page opposite the photograph reads 'East Coast Flood Relief. A Team of the Letchworth Welfare Section of the Civil Defence was presented to Her Majesty Queen Elizabeth the Queen Mother on Saturday, 14th February 1953, at Cambridge. Mrs J. M. Collins of Pixmore Way offering a beaker of tea to the Queen Mother'. 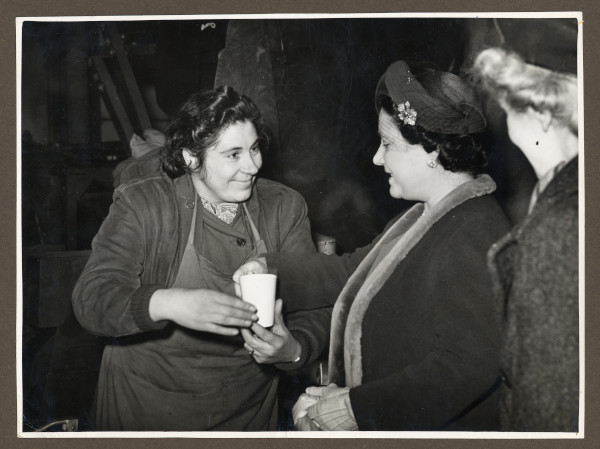